Protocol for
The Reunion of Mother Earth with Her Children
at Turquoise Mountain on May 8, 2004

Turquoise Mountain (Mount Taylor) — the South Mountain on the Medicine Wheel — has already committed to ceremony under the guidance of Grandfather Martin Martinez and Grandmother Janíce, and many other elders and Medicine People from nearby Pueblos. With Grandfather Leon Secatero, the elders established a Protocol for the Turquoise Mountain Ceremony and made the Protocol available for others to consider. 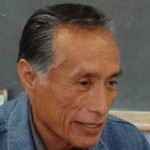 The Indigenous Elders are asking us to stop and think with them, wherever you are, whatever you are doing, to reconnect with our Mother Earth as her children. These unified ceremonies are to awaken everyone, to be done by everyone at the beginning of every season in their own traditional protocol.This is only the beginning of the reorientation and reconnection for Mother Earth and her children.

What follows is the traditional protocol for the ceremony on Turquoise Mountain (Mt. Taylor) on May 8th, 2004 as set by Grandfather and Grandmother Martinez, and Leon Secatero, Spiritual Messenger.

Grandfather Martin Martinez’s vision came to him in the spring of 2002 when he and other medicine people visited the sacred spring on Turquoise Mountain to offer gifts to the mountain and its holy ones as they have always done.

The warriors on horses of long ago appeared. They were carrying a staff with eagle feathers from many nations. The Thunder called to them, “Why aren’t you doing the ceremony?” Next, they saw rainbow houses and many people camping in the clearing with their drums in a circle to reset the sky roads of the holy ones. The time had come.

When Grandfather came down from the mountain he called all his children (The Five Finger Ones) to tell them that a spiritual gathering is to happen at the sacred site on Turquoise Mountain. In the vision, the ancestors came to tell him that it is time to journey to this mountain for the sacred purpose of reconnecting Mother Earth with her children. Since then, many traditional planning meetings have taken place.

However, there was a question in regards to the participation of many nations and how they are to connect. This connection came together when an Eastern Shoshone Spiritual leader came with a message: Mother Earth is calling all cultures to come together in Sacred Ceremonies now to restore balance and harmony. To help alleviate worldwide concerns about past, present, and future earthquakes and volcanic activities within Yellowstone and Grand Teton National Parks, the elders have envisioned a unified ceremony to include the western territory of North America.

All people from all nations are welcome to participate. 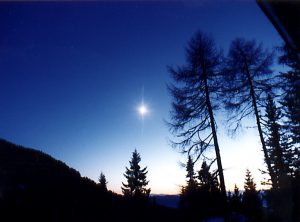 When our Star appears in the East (about 4:00 AM), the mounds for 12 staffs will be marked and put in a circle with an opening to the East. All nations represented with a staff will circle around the center fire for the entrance of the sacred pipes, to be placed in the Four Directions with prayer and song.

After the sacred pipes are in place, cleansing with sage and prayer will begin for the staffs. Once the staffs are placed in the mounds, the cleansing for the people and their medicine bundles will begin.

Morning Songs will be sung until dawn. Everyone will come together with their prayer offerings as traditional flute music is played to welcome the Sun as it appears through the aspen forest.

Breakfast will be on your own. A prayer offering of food will be given to Turquoise Mountain.

With with the singing and prayer, two bows -– one a 740-year-old bow representing the ancestors, and a new one representing the Five Finger Ones –- will be used to connect the vibration south to north, and east to west.

Placing of Crystals (11:30 AM) with the prayer sticks will be done before noon. Everyone is invited to place their crystal around the mound of the prayer sticks as the Honoring Song is sung. When the time is right, the Connecting Song will be sung, starting very softly and increasing as more lift the song. All drums, flutes, eagle-bone whistles, and voices will begin with the rhythm of the Medicine Rattle to open up the vibration.

The Sky Path of the Holy Ones is connected at Noon, when the energy is most direct and powerful. The group with the South prayer stick will lead off with their song. They may ask others to join them.

After the last prayer stick at the north has sung their song, the singing is open and all the people will join in the healing dance. This is for Mother Earth to acknowledge you, and for you to acknowledge Mother Earth in renewing your sacred relationship with her. The dance will end in the afternoon to prepare for the next ceremony.

Honoring Mother Earth (2:00 PM), after the sacred water is brought in, a tobacco/pipe ceremony will begin. Mother Earth Song will be sung and offerings will be prepared for the water to be placed near the sacred spring, so her seeds will carry the sacred message to the universe when the plants arrive. 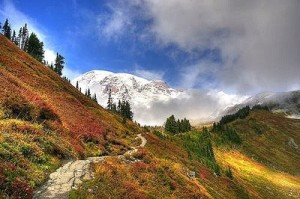 Honoring the Sacred Path for the Five Finger Ones will be done with a Mountain Song, ending with the Blessing Way. The prayer sticks will be taken to the mountain spirits for their guidance and wisdom, as our journey begins here.

Our first responsibility is to clean up the area before leaving for home to share our experiences with our loved ones. Grandfather and Grandmother Martinez have given their permission for a certain portion of this event to be videotaped, recorded and distributed for the Martinez family and the building of the Red Mountain Healing Center.