“Nebraska leads the nation in organic livestock numbers and is one of the leading producers of grass-fed beef. In time we will lead the nation in producing and marketing humanely raised livestock.”  – Kevin Fulton, rancher 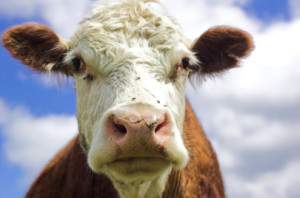 Nine billion animals are raised for the table each year in the USA. The experience the animals live out on a farm or endure in mass, industrial confinement has economic, environmental, health and moral ramifications…

The rest of the story is posted to my Deep Agroecology blog.