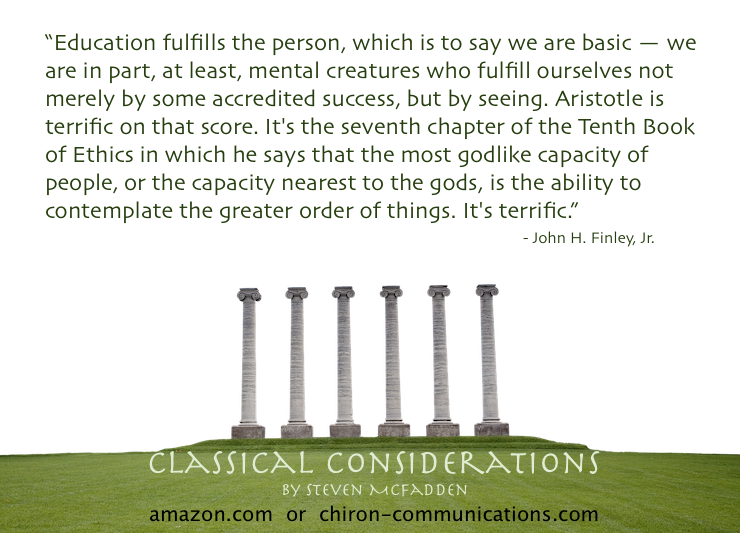 Classical Considerations: Musings prompted by the late Harvard Master John H. Finley, Jr. is available as a Soul*Sparks book available via this link on amazon.com 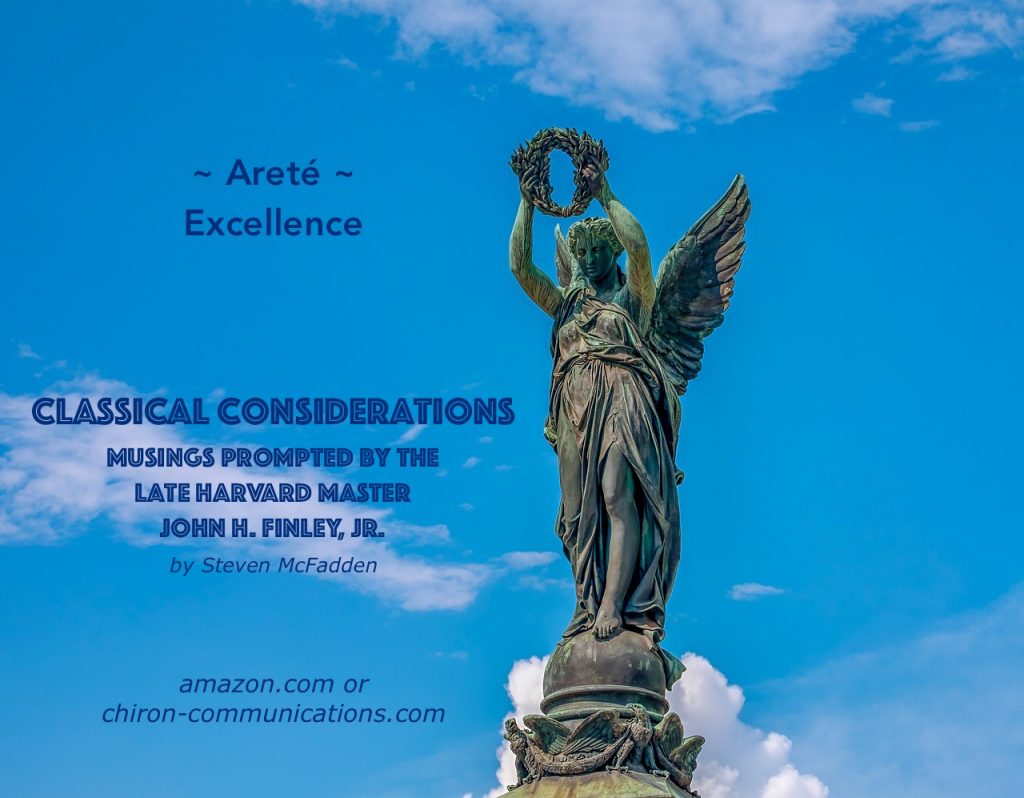 Areté is a Greek term that describes moral virtue. It’s used to denote excellence in any field of endeavor,  the fulfillment of a person’s potential. So it was for the late John H. Finely, Jr. So it is in Classical Considerations, one of the slender volumes in my Soul*Sparks series of small treasures.

Life’s foundational questions come elegantly to the fore in Classical Considerations, a nonfiction mini biography of Finley.  For 51 years he was the celebrated and erudite Eliot Professor of the Classics at Harvard.

Luminous and compellingly relevant, his story leads readers directly into engagement with the fundamental wisdom questions of a worthwhile life.

Classical Considerations offers a compact but lyrical array of intellectual sparks to kindle a warming and illuminating fire in every reader’s soul. 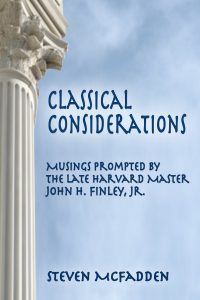