My wife Elizabeth and I are on our way out of Nebraska, work having summoned us once again to the southwest. In parting from this stalwart state, I want to share a vision.

The Lincoln Journal-Star, the paper of record for the state’s capital city, recently published an article about the intention of some local developers to establish an “iconic” building in Lincoln’s Haymarket district. That article prompted me to recall an iconic vision I had nearly a decade ago when I first moved to this Cornhusker State. 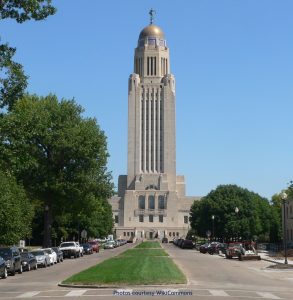 At that time my office window had a direct view of the Nebraska State Capitol, a 400-foot tall building graced at the top with an iconic image of The Sower—a universal and greathearted figure hard at work, purposefully sowing seeds across the land that we might have the food and fiber that sustains us all.

The Sower is an indisputably handsome and worthy icon for an agrarian state. I was always inspired looking out my window and up at his powerful figure. But then I began to think: Nebraska is The Cornhusker State, not The Cornsower State. 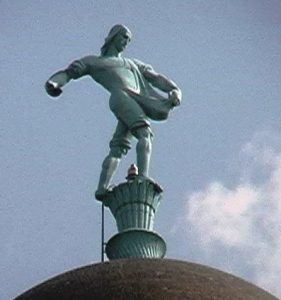 Where was a statue depicting The Huskers: the people who husked, or harvested, the crops rising from the seeds?

With memory of that vision activated, I wrote a “comment”—basically a digital letter to the editor—and posted my comment at the end of the Journal Star story. This is an updated version of my comment:

“Here’s my idea for an icon they can put on the roof of the proposed Haymarket building: a monumental statue of The Huskers. By that I mean a 20-25 foot high sculpture in the style of The Sower, using similar materials.

“Sculpt The Huskers as a man, woman, daughter, and son working their way (husking) through a field of sculptural corn 20′ or more high. Build the monument so that the four figures are universal human beings (as The Sower appears to be) bringing in the goodness of what The Sower has sown. Build the monument so that it’s facing The Sower, and is a pubic attraction with its own access and egress, so as not to disturb the businesses in the building. 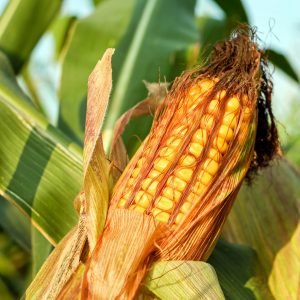 “A monument like that would bring honest pride, dignity, and joy for all Nebraskans (and visitors) as they might walk among the sculptured people and their giant sculptural corn field. The two monuments (Sower and Huskers) would tell children and adults in a glance the story of the plains and the grains and the people. Such an epic sculpture of The Huskers would express the heart of the state, and thus would be ICONIC indeed.

“I’ve always felt that such a monument would be fitting for the north end of Lincoln’s Centennial Mall, but the Haymarket would also be fitting in many ways.

“The Cornhuskers” monument could complete what might be thought of as a sculptural yin and yang, bringing a visual and energetic dynamic into perpetual play. The moral lesson would be both implicit and explicit: you reap what you sow.”

A monument for The Huskers in combination with The Sower would distinguish Nebraska in a way the Gateway Arch marks St. Louis, the Statue of Liberty accents New York, and the Golden Gate Bridge signifies San Francisco. 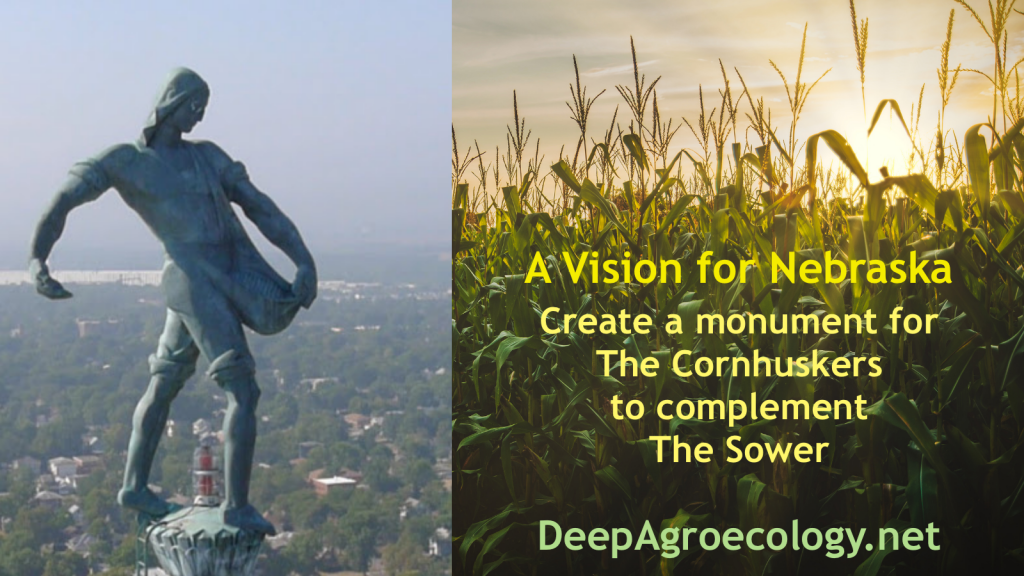