“Festivals are not merely the commemoration of historical events or personalities. They are in and of themselves, each year, spiritual events carrying a significance that grows and deepens with the developing phases of human evolution.”    — Rudolf Steiner 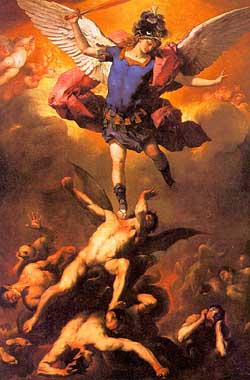 As the Sun constellates itself before the star-speckled backdrop of Libra at the Autumnal Equinox each year, the cosmic scales pause in perfect symmetry — for just a moment. Then they begin to tip. Consciously or unconsciously, each soul has made a free-will decision. Consequences will manifest, perhaps even crystallize.

So many people sense that we are in the midst of something momentous. Is it just common chaos, or could it be an intense acceleration of energy, a global quickening of the spirit?

The wheel of the seasons turns, and we come again inevitably to a festival time. Rightly understood, festivals can become an aid to maintaining balance as we pass through ferocious cycles of transition. One festival in particular, autumn, may be a key that can help human beings transcend their self-imposed limitations and establish an epoch of history when daily life and the spirit are connected.The time appears ripe for pivotal decisions about the way to go, decisions about how to exercise the supreme distinguishing human gift: free will. Eons of human striving have unfurled to bring humanity to this point: poised to take a profound step forward and become responsible agents for working with spiritual forces. Yet at this axis of transition we also run the risk of losing our balance and further convulsing the muddled world of which we are part.

Like reeds in a basket, human life is interwoven with the life of the earth. All our food, water, clothing, and shelter come from her body; our skin and bones are likewise formed of her stuff. Physical human response to the rhythm of the planet is plain enough. We have definite, measurable reactions to the seasons, and these reactions are well charted by medical technicians. But at the same time there are subtle inner rhythms in both planet and person, rhythms that color life and articulate either harmony or discord.

As pointed out by many spiritual investigators, including author Evelyn Francis Derry in her book The Christian Year, this inner rhythm is much like breathing. Through autumn and into winter the earth is inhaling, drawing life forces deep within her blue-green body. The planet’s surface becomes bare and still at this time, but below she is most active. In a sense, Gaia is thinking deeply the thoughts which are being sent down as light from the planets, stars, and swirling comets that mark the limitless expanses of the sky. 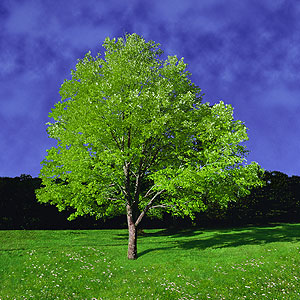 When Gaia exhales in spring, life returns to the surface. That vitality expands in summer as the planet’s surface covers itself with visible proof of life: leaves, blossoms, buzzing insects, and rising passions. Earth puts forth what she has thought in the winter in the form of summer’s growing and flowering things. As the cycle of the year continues around its spiral wheel toward autumn, Gaia begins again to inhale in earnest, to draw the life forces back in.

As earth breathes so do all the creations which inhabit her. To lose or forget this rhythm is to invite discord into the individual and collective life.

“Through celebrations in their seasons are the deeper powers of human nature realized.” ~ Rudolph Steiner

Four great festivals mark the turning points in this planetary breathing rhythm: two solstices, two equinoxes. At these turning points, we have opportunities to pause, moving our attention from matters of survival or diversion, to the very forces which bind us with the Earth and with eternity ‹ forces which can remind us that we are not solitary creatures living isolated lives, but rather threads in a phenomenal tapestry of life that includes everything from the sand to the stars. Through the theories of Relativity, Quantum Mechanics, Uncertainty, and Superstrings, modern scientists have begun at last to glimpse this spiritual fact.

While one may appreciate intellectually the lofty-sounding concepts of unity and connection, the raw power inherent in them is unavailable until it is called, experienced, and then acknowledged. For this reason, for thousands of years, people have come together during the festival times to invoke spiritual energies, and then to express them in dance, laughter, song, feast, theater, and ritual.

The Autumn Festival, some say, is the critical festival for our raucous era of transition, as well as for a new age being born. If this is so, then why? What is it all about? How does autumn in any way correspond to the current season of human development?

From crosses, to circles, to swastikas, symbols are a time-proven means for conveying abstract philosophical concepts. In the case of the autumn festival, a useful symbol — whether regarded metaphorically or literally — is Michael. In Jewish, Christian, and Muslim traditions, Michael is honored as one of seven Archangels.

Michael’s special role is suggested by a passage from the Bible’s Apocalypse of St. John (12:7): “And there was a war in Heaven: Michael and his Angels fought against the dragon…and the dragon was cast out into the Earth…having great wrath, because he knoweth that he hath but a short time.”

Philosopher, artist, and spiritual scientist Rudolf Steiner (1861-1925), believed that the epic battle described in The Apocalypse is not an historic event, but rather a metaphor for our times. He asserted that the “wrathful dragon” could also be understood as Ahriman, the ancient Persian name for the Lord of Darkness, who is said to cast his shadow by denying Spirit in favor of the material world.

From Steiner’s vantage, Ahrimanic or materialistic forces can been seen at work in financial systems which bring vast wealth to a few and poverty to many, in medicine which treats the body as machine, in psychology which fails to recognize the soul, in economic culture geared toward indulgence as a pathway toward contentment, and in science based exclusively on so-called objective criteria. The spirit-denying force of Ahriman is visible in all mechanistic or reductionist thought.

For both individuals and for society, Ahrimanic forces are said to hinder and frustrate the healthy impulse to draw Spirit into the world. Opposing these forces, Archangel Michael is said to help open paths to Spirit so that women and men might walk forward of their own free will.

Steiner called Michael The Fiery Thought King of the Universe, and described him as a warrior spirit battling the beast who is thrown down to earth after making war in heaven. He held that Michael’s role is to release the forces of Cosmic Intelligence so that human beings might transform their minds into instruments that can both apprehend and comprehend the spiritual world. Once people clearly sense the Spirit in all things, Steiner asserted, then they can work consciously with those forces — especially at holy times — to establish a New Heaven on a New Earth.

To meet this challenge, human beings must act out of their own free will and courage, rather than out of manipulation or coercion. Michael may point the way with shafts of clear autumnal light, but we must choose to go that way.

In the Night-dark Mirror of the Sky 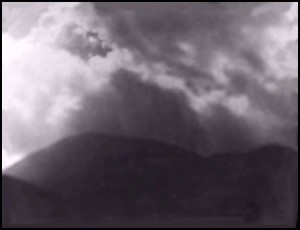 As human beings battle spirit-denying forces within, the battle is mirrored dramatically in the cosmos through the outer cycle of the seasons. In the rhythmic breathing of the earth, exhalation reaches its peak near the Summer Solstice. The nature forces which were concentrated deep within at Winter Solstice have been fully exhaled. Steiner put it poetically: “they surge out to unite with the cloud structures and everything that human sight encounters in the heights above.”

As these forces billow in the summer clouds, Steiner wrote, they live and weave primarily in an extremely subtle form of sulfur, a fiery substance corresponding to passions. In effect, the earth, the sky, and human nature become saturated with hot, sulfurous desire: for food, for stimulation, for sex, and for a wide assortment of material and emotional excitements.

This saturation with desire is essential in the world and in humanity, according to Steiner, for in overcoming it — and not otherwise — we develop the forces of free will that make us fully human. 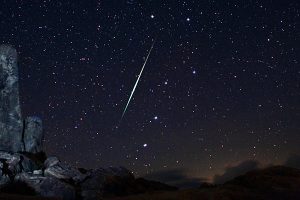 Scalding, sulfuric spirits surge through the summer world but as the seasonal wheel turns an opposing element eventually arises: meteoric iron. The sensational meteor showers of late summer and early autumn correspond symbolically to the flashing sword of Michael, with which he battles the dragon. As above us, streaking meteors cleanse the soft, dark sky of summer’s sulfurous heat; so below, iron courses through human blood to give us clarity and will for cutting through roiling passions.

The shooting stars which crease the canopy of night thus mirror the inner battle of women and men: to rise from their human potential to their spiritual potential.

By collaborating with these forces in conscious festival, people can help anchor the spiritual quality of clarity so characteristic of autumn and so necessary for accurate perception and decision-making (Libra).When rightly understood and experienced, the Michaelmas Festival has the potential to point clearly the way from the summer season — when humans make themselves most nearly one with outer nature — to the Autumn season, the time when desire nature may be transformed most readily into an exalted self — and world-consciousness.

Michaelmas occurs each year on September 29th, about a week after the Autumnal Equinox. Michaelmas is the festival most neglected by institutionalized commerce and spirituality, perhaps because it is the festival which celebrates individual women and men claiming their full inheritance as children of Great Spirit. As such, it requires neither rigid doctrine nor hierarchical institutions to mediate between humanity and divinity. It requires, rather, that aspiring souls reckon directly with Spirit — something that necessitates both courage and acts of free will.