I had the opportunity to visit this week with Hosteen Leon Secatero. We sat down together for lunch during an honoring ceremony held at the Albuquerque Museum in New Mexico. 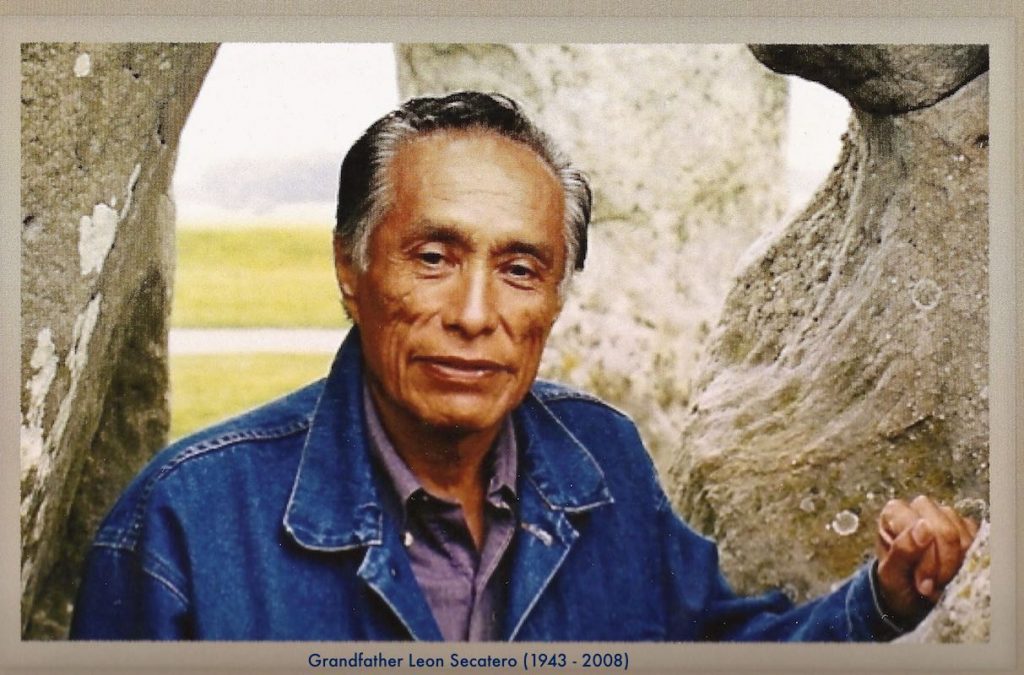 Our conversation was sparked by the recent pronouncements of Sydney Has No Horses, a Lakota Medicine Man. Mr. Has No Horses spoke on October 17, 2005 to a tribal council meeting on the Cheyenne River Reservation in Eagle Butte, South Dakota.

According to widely disseminated internet postings, at that meeting Mr. Has No Horses declared “within six months, we are going to be living in a hell of a world.” He told of his visions that warned about a tsunami hitting the West Coast, about Yellowstone’s Super Volcano erupting, about mammoth storms and earthquakes that would strike, about a meteor that would smash into the earth, and more.

By mid-November the message of Mr. Has No Horses had spread across the globe through the internet. Many people were responding with consternation.

When I met with Leon at the museum—where he was formally honored by the Council for International Visitors for his years of work as an ambassador of friendship for America—Leon told me he has been getting dozens of phone calls from people who are worried about this message. “They want to know what to do,” he said. “They want to know how to respond wisely to what they have heard.”

After getting all these phone calls, one way Leon chose to respond was to plan to gather and share his understandings alongside his old friend and colleague, Don Alejandro Cirilo Perez, Oxlaj, of Guatemala, a Mayan elder and sacerdote. Thus, early next month Grandfathers Leon and Alejandro will meet with people in Santa Fe, New Mexico to talk about this message, and also to talk about prophecy, revelation, and our era of earth changes.

Don Alejandro is a Daykeeper. Recognized before birth, he was trained in the traditional way to work with the elegant mathematics of the Mayan calendars leading up to the year 2012, just seven years ahead when the calendar will return to zero. He is charged as a primary keeper of the teachings, visions, and prophecies of the Mayan people.

I have known Don Alejandro since the early 1990’s when I set off on an extended pilgrimage with him to many of the pyramids, caves, and temples of the Yucatan Peninsula in Mexico. He was a gracious and knowledgeable traveling companion.

Known also as Wandering Wolf for his global travels, Don Alejandro is a remarkable human being. His brown eyes fill with fire when he speaks of our earth and our responsibility to take care of it.

When I interviewed Don Alejandro for my book Legend of the Rainbow Warriors, He told me that indigenous cultures around the world hold in their oral traditions an understanding that civilizations have risen on Earth many times in the past, and then fallen. He said that these civilizations fell apart primarily because they developed and employed technology without wisdom or respect for nature; then the natural world became profoundly unbalanced. “Once again,” he said, “we are in a period of time when technology dominates life and is generally being applied without wisdom.”

“Big changes are coming in this frame of time,” Don Alejandro told me. “All the elders know that. That’s why it’s important to talk now and to remind people to respect Mother Earth, and to stop destroying the water, air, and mountains. We are in times of big change for the Earth, big earthquakes and hurricanes and also big conflicts in politics and war. Politicians promise changes, but we know that at their big meetings, done in the name of making things better, they do not make changes that work. It’s the same old thing. The people must make the changes themselves.”

At the museum this week, as Hosteen Secatero and I spoke at greater length about Don Alejandro, Sydney Has No Horses, and visions of global change, Leon said one of the things he is undertaking now is to help prepare people for our journey on the sacred path of life for the next 500 years.

“We have come again to an ending time, the ending time of the last 500 years according to our indigenous calendars. It is a time to return to the wisdom and teachings of the earth,” Leon said. “So many spiritual elders are carrying teachings now, but there are not enough pathways for them to meet with other people and share. I want to do something to help with this.”

In reference to Sydney Has No Horses, Leon said, “many spiritual elders are having visions and dreams like this now. It is not uncommon. So that is something to consider carefully. We need to bring these messages to the center so that all who are ready can share in them. Things can get way out of proportion, and be distorted. We need to establish a context.

“The journey we are beginning now is for the next 500 years. What will be the sacred path that people will walk over the next 500 years? Even in the midst of all the changes taking place and all the things falling apart, we are building that foundation now. That’s something important for us to remember and to focus on. If we don’t do it, no one else will.

“All anyone needs to do is look around,” Leon said. “We have been destroying nature systematically for many decades. Now nature is destroying us with winds and storms and earthquakes and volcanoes. All that was known a long time ago. The elders have been telling us for years that this would come. Now it’s here and it’s hurting us.

“We need to take a close look at this and then really come to terms with ourselves,” Leon said. “To move ahead into the next 500 years we must leave some things behind or they will contaminate or even eliminate the future. We cannot go forward if we keep destroying the earth. But we must also ask, what is good and healthy and helpful? Those good things can be part of our foundation, part of our pathway into the next 500 years.”

Original message of Sydney Has No Horses –